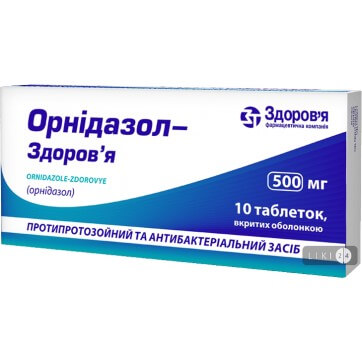 Pharmacological group: Drugs used in the case of amoebiasis and other protozoal infections. Nitroimidazole derivatives. Ornidazole. ATC code P01A B03.

Ornidazole is an antiprotozoal and antibacterial agent, a derivative of 5-nitroimidazole. Active against Trichomonas vaginalis, Entamoeba histolytica, Giardia lamlia (Gardia intestinalis), as well as some anaerobic bacteria such as Bacteroides, Clostridium spp., Fusobacterium spp. and anaerobic cocci.

According to the mechanism of action, ornidazole is a DNA-tropic drug with selective activity against microorganisms that have enzyme systems capable of reducing the nitro group and catalyzing the interaction of proteins of the feridoxin group with nitro compounds.

After the penetration of the drug into the microbial cell, the mechanism of its action is due to the restoration of the nitro group under the influence of nitroreductases of the microorganism and the activity of the already reduced nitroimidazole.

Hypersensitivity to the drug or to other nitroimidazole derivatives. Lesions of the central nervous system (epilepsy, brain damage, multiple sclerosis). Pathological blood lesions or other hematological abnormalities.

Ornidazole is taken orally after a meal with a small amount of water.

Prevention of infections caused by anaerobic bacteria. The duration of postoperative therapy, as a rule, is 5-10 days, but it should be determined based on the clinical data of the operated patient.

Ornidazole-Zdorov’e tablets should be prescribed after the state of the operated patient has stabilized, and when it is possible to take the tablets alone. Assign 1 tablet every 12 hours. For children, the daily dose is 20 mg per 1 kg of body weight in 2 doses for 5-10 days. For the prevention of mixed infections, Ornidazole-Health should be used in combination with aminoglycosides, antibiotics of the penicillin and cephalosporin series. Medicines should be used separately.

Application during pregnancy or lactation:

During the experiment, the drug has no teratogenic or toxic effect on the fetus. Since there have not been any controlled studies involving pregnant women, it is possible to prescribe the drug in early pregnancy or during lactation only when the expected benefit to the mother outweighs the potential risk to the fetus / child.

Shelf life:
2 years.
Storage conditions:
Store in its original packaging at a temperature not exceeding 25 °C. 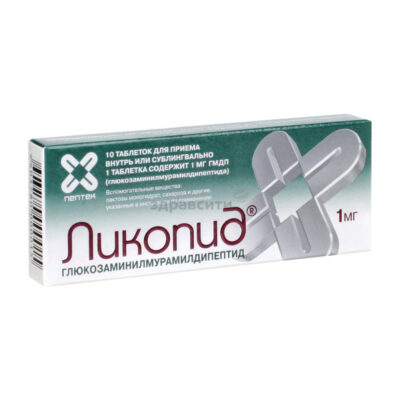